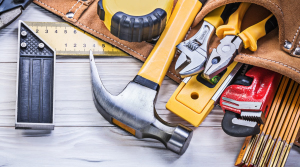 Born on January 30, 1935 in Logansport, he is the son to the late Raymond E. and Eva (Landes) DeFord.  Merle was married to Anita DeFord, who preceded him in death.

Merle was a former press operator for ELCO and was also an avid woodworker.

Merle was preceded in death by a brother Lawrence Leroy DeFord.

No services will be held.

Gundrum Funeral Home & Crematory has been entrusted with arrangements.

To send flowers to the family or plant a tree in memory of Merle G. DeFord, please visit our floral store.

You can still show your support by sending flowers directly to the family, or by planting a memorial tree in the memory of Merle G. DeFord
Share a memory
© 2021 Gundrum Funeral Home & Crematory. All Rights Reserved. Funeral Home website by CFS & TA | Terms of Use | Privacy Policy